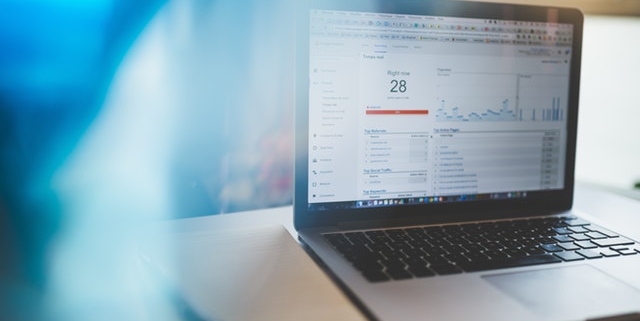 Disclaimer: I’m not telling you how to parent. This is what worked for me.

I grew up under a prudent and wise father. I believe that many of my experiences as a youth have a profound effect on how I handle my life journey as an adult. I have found that the guidance I received as a youth, have helped to define my trading character.

We were a family of eight kids (same parents) and our parents ran a lean operation on one income. While I am mindful of the generations of change, I wouldn’t replace how I was raised in a blue collar town, with anything.

We were taught to appreciate the value of money. We learned about the process by which money was acquired, retained and managed. We were not given money for any reason. We did not receive “allowance” of any kind. My dad, being an operations engineer at Ford Motor Company ran his house as though it was one of his manufacturing plants. Keep costs low, operate efficiently, start from the bottom and engage in a process to become highly productive.

When I say we didn’t receive money for anything, I mean it. Nothing! It is positively one of the best actions my parents took on us as children. We wore hand-me-down sports equipment (and still played well and made all-star teams) and clothing. When I’d finish a hockey game and meet one of my parents in the lobby, afterwards, the question of buying a food or drink item was not even raised, because I knew the answer; “Wait until we get home.” Besides, the quality of food available at the concessions is downright unhealthy. On another note of observation… We’d carry our own equipment out to the car, including the hockey stick! Surprisingly, the hockey equipment is not heavier, today. In fact it’s lighter! Wow! The kid needs free hands to eat a deep fried wiener and 32oz. Coke with 120grams of sugar. OK, that was a side comment.

For a child, which I once was, when there is something you really want, but can’t have, the event turns into the worst day of your life. With no vision of the future, life can’t possibly ever be worse than your circumstances concerning what you want on that day. It is literally the end of the world if you can’t have it. As a kid, I was a fast runner. I could run away from kids older than me. Ring a doorbell and run away faster than the others in the group. Even run away from the police and leave my pals in the dust. So, I asked my mom if I could join a local track and field club, which was about 6miles from home. My mom was already well beyond her means (no helper) to drive her kids to their activities, all over the city, and simply could not take on more. Perhaps I kicked and screamed a little, which my mom would have ignored while attending to a higher level drama, but once I got over that emotional outburst without any physical success, I sought and pursued my only alternative. I rode my bike (which I paid for) to the track practices four nights a week. As another side note, there were no sidewalks and I didn’t wear a helmet, nor did I carry money to buy a treat, although I did have a job, because my dad required us to do so in the summer months, from about age 12.

Growing up, there was one thing we could never be seen doing. Can you guess what that might be? If we were caught in the act, surely the voice of authority would come down hard and there would be consequences. The one thing we were not allowed to (be caught) doing was… nothing. The penalty was harsh. If we were caught doing nothing, then we’d be given “something” to do, which was probably a chore we made effort to avoid with hope that another prospect would be chosen.

At infancy, we were taught the responsibility of doing work for a reward of financial compensation. We were taught to “do things right the first time and take pride in your work.” If we wanted a larger asset, such as a bicycle, we were taught how to find a job to earn the money to finance the dream. So, we learned job prospecting, knocking on doors, presentation skills, negotiation and execution of the plan. We were kids! As a side note, lemonade stands are a horrible business model. By having invested ownership in the dream bike, or “must have thing,” there was higher assurance we would take responsibility over asset, by learning how to fix the flat tires, tighten spokes, adjust gears, etc. Every summer, we had to use Comet, water and an old toothbrush to scrub the rust from between every spoke in the wheel. It wasn’t about shiny rims, it was an exercise in ownership, responsibility, discipline, commitment and appreciation.

Playing sports. My apologies to the readers not interested in sport. My attitude was apparent. I wanted to win the game and I believed that if the coach also wanted to win, he should have me in the game as much as possible and at the most important position on the field. OK, so this attitude may have led to disappointment, which I had to learn to deal with.

In our developmental years, I can’t even imagine playing in a game where there would be no win/loss outcome, as we see today. It completely alters the opportunity for psychological development. The idea is to have fun? Yes, winning is fun! Yes, losing is no fun! Learning the concept of, and experiencing, winning and losing is critical to our psychological tenacity. As a comparison, what are the emotional differences between trading an account that has no outcome versus trading an account where winning or losing bear material consequences? The consequences of W/L outcome of a trade will impact your emotional state. This can become a challenge if you have not developed the ability to accept the emotional impact of outcomes weighed on opposite ends of the spectrum. I assure you, my bobsledding career was saturated with challenges and disappointments that had to be overcome. We know that developing our psychological ability to adapt productively to an endless range of experiences is best acquired in the challenges we take on as a youth, consistent with other areas of physical and emotional development.

Personally, I value and utilized the experiences of my youth as a platform for success as an adult. Many of the ventures were voluntary, and many were enforced (involuntary; I did not enjoy them) through parenting that was right, for me. Not realizing it at the time, taking on difficult challenges that develop a mental process to attack fear would serve in my future of Olympic competition. Furthermore, I have adapted this process to refine my trading and risk models. The foundation of my trading mindset can be fully credited to my experiences as a youth.

I believe that every individual has a winner living within them. I believe that every individual has engaged in a process to achieve a high level of proficiency at some specific skill. While we possess the skill and understanding, some may not be consciously aware of how to connect the process to a new challenge, like trading. As you reflect on the development of your higher competencies, think deeply and realistically about the foundation upon which your expertise emerged. I am confident that if you take the same approach to trading, success will emerge. We put our workshop attendees and Pro Traders Club members through a very detailed process to develop their trading skills and it works. I have countless emails validating the process oriented approach to developing your trading skills.

Other Notes from My Youth..

House rules: “Everyone plays or no-one plays.” “If you start a game you have to finish it.”I wouldn’t change anything. I’m thankful that these lessons were the foundation to my sport achievements and now define my trading approach.

Process Thinking and Your FX Trading